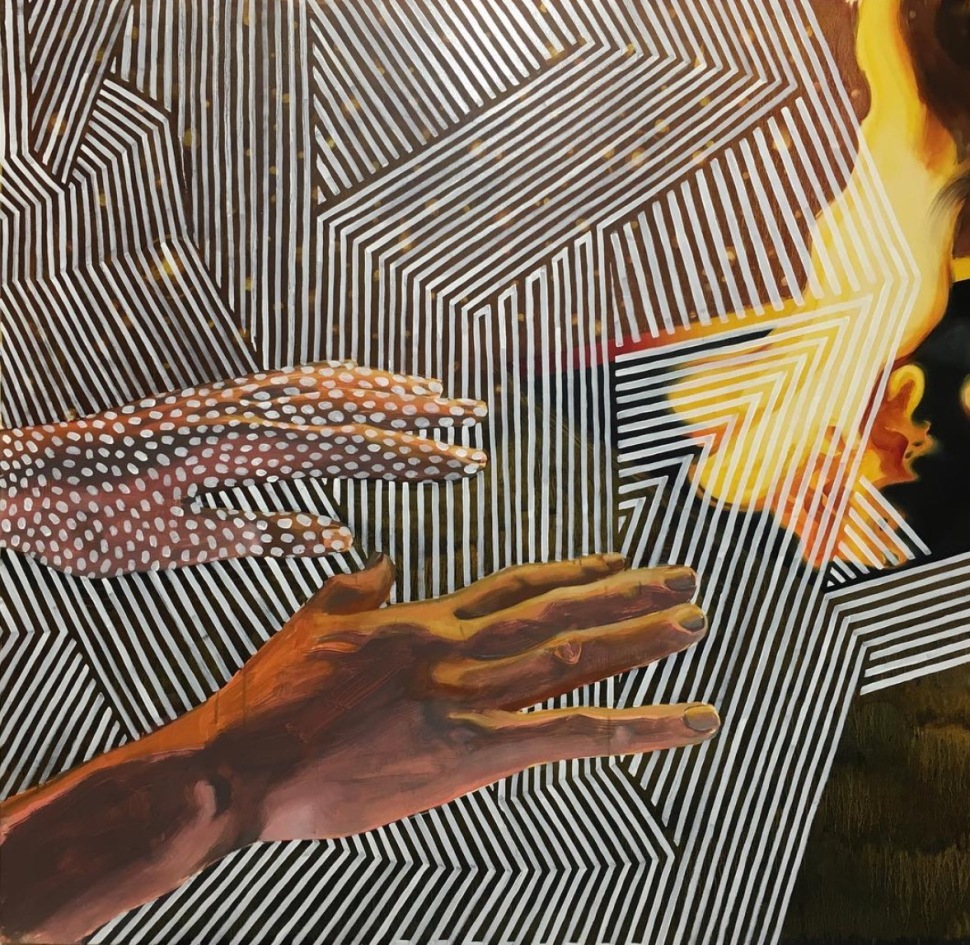 A series of veil paintings in progress.. Figurative worlds that are partially obscured by seemingly unrelated abstract painting in white. “It’s a terrifying prospect painting over what is ostensibly a finished work. Liberating too.”

Richard Hart‘s art is dripping with ritual and just by looking at it slash sitting with it I feel more connected, more alive, more in touch with my wilder side. Something fascinating is happening in Richard’s world and I wanted to get closer to it, to understand it more.. I felt a duty to communicate his explorations into ceremony and wonder with you here and let you make up your own minds about it.. So I emailed him and asked him some questions. He answered. Enjoy. X

What matters?
Well, I hate to kick this conversation off with a downer, but right now, living in the US.. what seems to matter most is resisting this horror show of a president. I’ve never been an especially political person, but right now it’s hard to think of much else. And having young daughters it feels really important to teach them that this kind of crap is not right and not normal and that we have to do whatever we can to stand up against it.

I guess in the midst of what’s happening, it also really matters to find time to make art and think about beauty and make space for bringing good and meaningful things into the world.

What do you do and why do you do it?
I make art that is an attempt at making some sense of the world around me. At least that seems like a reasonable and convenient answer… in fact I often feel like i’m just following urges and responding to impulses and chasing rabbits down holes. But if we do not trust our own intuition and our innate wisdom and connection to things, I’m pretty sure we’re lost. So I do that and hope that it leads somewhere. 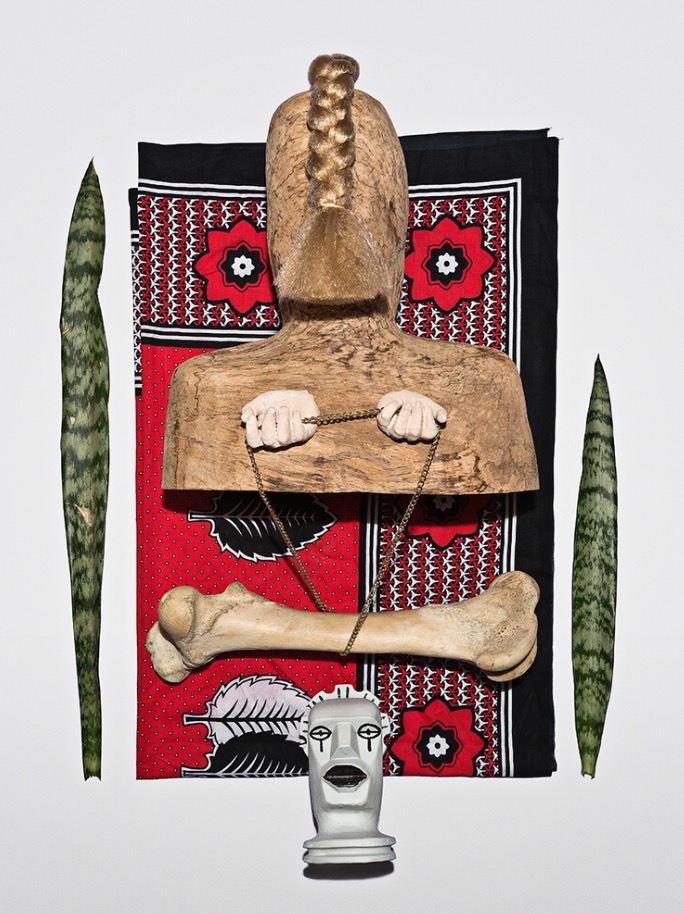 What do Ecstatic truth and creative alchemy have to do with your own practice?
Wow, that question goes straight for the jugular. I’m not sure I’ve ever used those two pairings of words myself. But it’s interesting and somehow telling that I have a folder on my computer that contains all the work and ideas of the last three or four years of art-making and that folder is named “ecstatic errors”. Ecstatic is a word that feels incredibly charged to me. perhaps too charged, too much in danger of becoming a caricature of itself. So it is tempered by errors… an admission that shooting for ecstasy can only end in failure, like staring into the sun.

Creative alchemy is also a word pairing that I guess I prefer not to encounter head on. It is what we hope for but can never deliberately try for, because it is magic and no-one can perform magic on demand.

You’re based in New York for now. What are your five fave places to see, eat, retreat, meet and just be here?
1. MOMA – to commune with the greats.
2. Better Being – a little oasis of an eatery in the wasteland of midtown, very close to my studio on West 39th St.
3. The studio – I am currently in the throes of a residency in Newark, New jersey, so I’ve swapped one studio for another for a while. Although it’s in a basement, it still operates as a sanctuary and a lab and a place to be immersed in the thoughts and the work from which spring new thoughts and new work.
4. Long beach – where I get to surf occasionally and feel for a moment as though is still live a coastal life.
5. Home. My wife and daughters are the centre of my world, so even though we live in a really shitty neighbourhood, there is nothing that beats getting home to my girls.

It’s an exciting time to be a creative. There is a global push, a transformation..

It’s always an exciting time to be creative. But I think social media has changed the landscape and more and more the power is in the hands of the artist. If she knows how to use it, that is. I have mixed feelings about this… there’s this democratisation of exposure happening which is beautiful, but it makes a lot of creative people focus more on self promotion and building a profile, than on developing their work. So people who are more savvy at building audiences and working their online profile are emerging without necessarily deserving to. Having said that, the gallery system has long been about factors that are completely unrelated to artistic merit, so things are always skewed one way or another.

Real life hero? Who inspired you on this creative path?

Bjork. I have always been astounded by how fiercely and uncompromisingly she occupies her space in the world.

How do you work through rough spots, anxiety or blockages in your creative practice?

That’s a great question. Up until a few years ago, I had a long and pretty productive career as a graphic designer and creative director. In that world I never encountered what you call rough spots. I had total confidence and always felt that the work could be measured by how well it met the brief… it was easy, either the problem was solved or it wasn’t. When I began working and showing as an artist, I suddenly faced uncertainty. Art making can feel sometimes as though the floor is moving beneath your feet. There are no absolutes and no-one who can tell you what to do. And the work I make might be especially difficult as there is this sense that I’m poking around in the dark, looking for a light switch. When it seems especially dark, the only thing to do is just keep going on, and have faith that what you’re doing has meaning.

What are your hopes and dreams for the future?
I don’t yet make enough income from sales of my work to sustain me. That’s a really basic goal… to be financially stable enough to not have to focus on doing anything else. Aside from that I’m happy to just let the process take me where it will. I love the evolution that is part of it.

Morning ritual?
Early up and early in the studio. Then time to just sit in front of the work and let it speak to me before we begin our dance.

Early bird or Night owl?
Early bird. Wish it was both.. I’d give anything to be a 3 hour a night sleeper!

What has your practice taught you?
That I don’t know shit. Yet.

HART%20v2-HD from Richard Hart on Vimeo.