“Every single moment of the unfolding experience of the work is just a pretext to move on, to move forward from that moment.” In moving forward, I’ve been twice already, and I’m sure to be back again. Encampment by Francesco Clemente at Carriageworks is the best exhibition I’ve been to in a really, really long while. Created in collaboration with artisans in Rajasthan, India, Clemente’s tents serve as mobile anti-spectacles for the unmoored viewer, exploring the encampment we become its temporary denizens. The tents themselves are eye candy for adults and are literally heaving with  decoration including appliqué, over printing and hand painted words and symbols that span centuries of Eastern and Western visual cultures. The wide-ranging hybridity of the artist’s visual language means that the tents inspire a bounty of interpretations based on viewer’s own vocabulary. 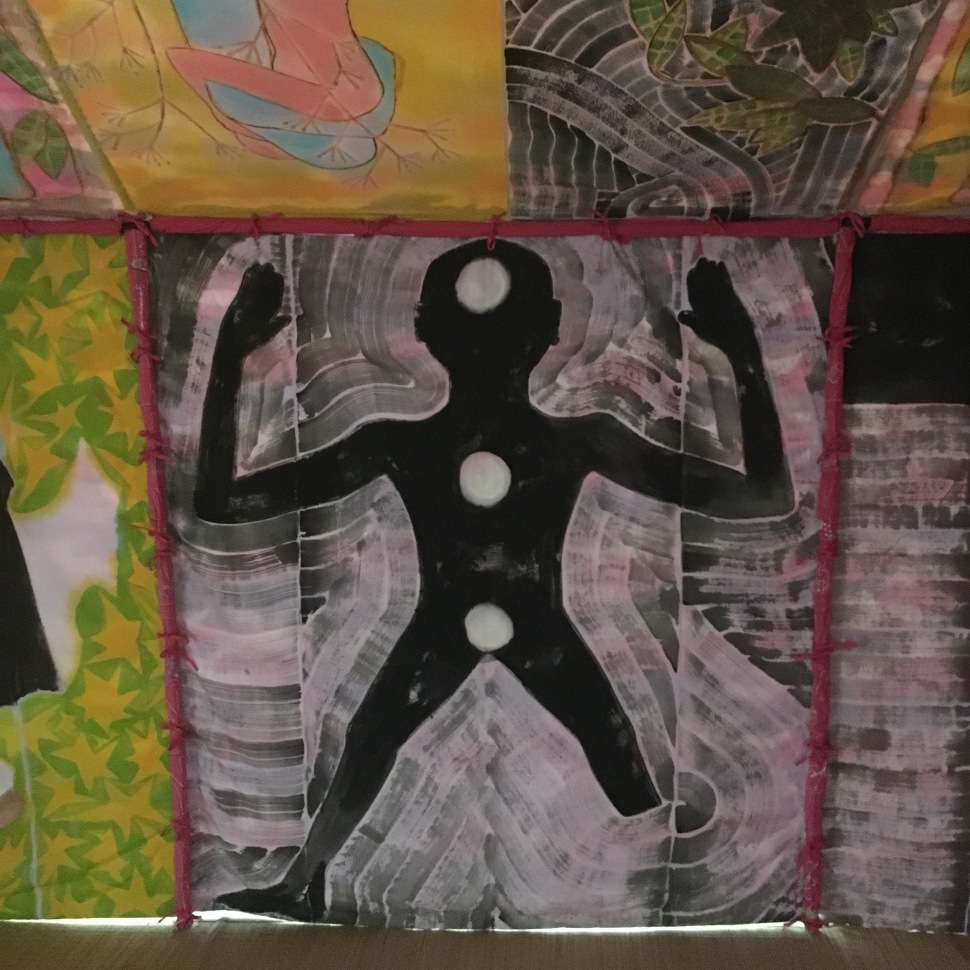 Bees and beehives are what stood out for me particularly. Bees are known for their industrious nature, as master pollinators which symbolizes our social nature, also as a sweet and potent symbol of love, legend has it that Bee is an ancient symbol representing Kama the God of Love. The bee is symbolic of fertility, community, prosperity, diligence and work ethic. Some cultures view bees as messengers of the Gods… With regard the hives, there are many workers that coexist in harmony and live as a unit. This illustrates the power of community and teamwork, the bee’s power reminds us of the importance of the collective where each individual contributes to the survival and success of the group. In moving forward from this moment, this symbolism reinforces my very special connection and dedication to my creative tribe here in Sydney at The Nest Creative Space + The Space. Two awesome humans Bronte Wright + Black Krsna as below, from this tribe joined me on the day. Thanks Francesco. Buzz. X

P.S. I wanted to investigate the reference to Hindu culture also, as Francesco spends his time between New York and Varanasi and of course the tents were created in Rajhasthan. The Hindu Goddess: Bhramari Devi, the bee goddess and her connection to the teachings of the chakras, the seven realms of consciousness emanate from the first sound, the pulse of the cosmic drum, the heartbeat of the goddess. The Maha Devi or Great Goddess, Kundalini, manifests in sound form as a Queen Bee. Om.