adham faramawy’s artwork is rich and ritualistic, mythical and multidisciplinary – he is a modern-day storyteller and much sought after internationally as an artist. he is a true artist in that he lives and breathes his work and with the strict discipline necessary to make it so and more importantly make it matter.  his current show LEGEND 11 a solo exhibition as part of the aubin gallery’s initiative to nurture and promote some of the best young artists to come out of britain today shows sculpture, screen-prints on black mirror (me wanty) and digital video – make sure you take the time to sit and be subliminally spoken to. in this dynamic and multimedia show that mesmorizes, adham examines the concept of legends and examines the multi-interpretable nature of narratives. the show is a must-see, until february 20th. adham answered some questions for BDWA blog – what a legend!

an image from opening night. love the reflection of the opening night peeps that become part of the art!…as intended. 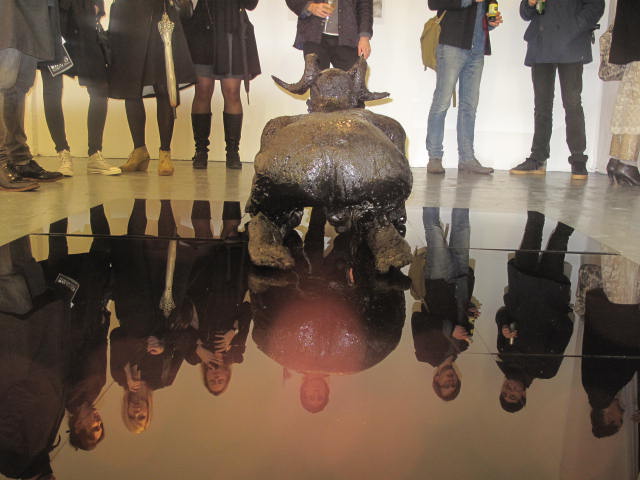 1. List your favorite places to do, be and see.

I love my studio more than I can explain. I meet friends at my local pub The George & Dragon at Princess Julia’s Thursday night do, ‘Untitled’. I like to visit the London museums, I think Sir John Soane Museum and The Hunterian are my favourite of the smaller collections.

In terms of art I’m looking a little at mid 20th Century British Constructivism and Modernist sculptors like Barbara Hepworth, chinese pottery excavated in the 1930s and ancient Egyptian sculptural ruins, especially the forms of lions. I’m reading a fair bit about the development, aesthetics and politics of the Internet with relation to art production. I’ve just started a good book called The Long Tail by Chris Anderson. I’m also looking up Internet firsts like the first video on Youtube and the first blogger, who is apparently a journalist called Justin Hall.

sculpture above by barbara hepworth.

2. Was there anyone that inspired you from the beginning? Who inspires you now?

As a child I was interested in Warhol’s factory years. I remember the day he died very vividly. I’m currently following the work of Scott Treleaven, Aids 3-D and Ryan Trecartin;

And also watching Sergei Parajanov films. Here’s an extract of The Colour of Pomegranates;

3. Tell a little about your background.

I’m an Egyptian Londoner born in Dubai. I studied fine art at The Slade and The Royal Academy. When I graduated art school I was part of an art collective called WOWOW, we used to host exhibitions and parties around South London. I’ve exhibited and performed internationally. Some of my favourite galleries to work with have been the artist run space Conference of Birds in Bangkok, The Black Mariah in Cork, who are screening my video Time Wave Zero in an art fair taking place in a disused airport terminal in March 2011 and the currently closed Istanbul based Gallery space URA, where I exhibited and produced a few issues of an art/music zine, distributed mostly in London.

4. What is it exactly that you do?

I’m an artist working in the media of digital video, performance, figurative sculpture and print. 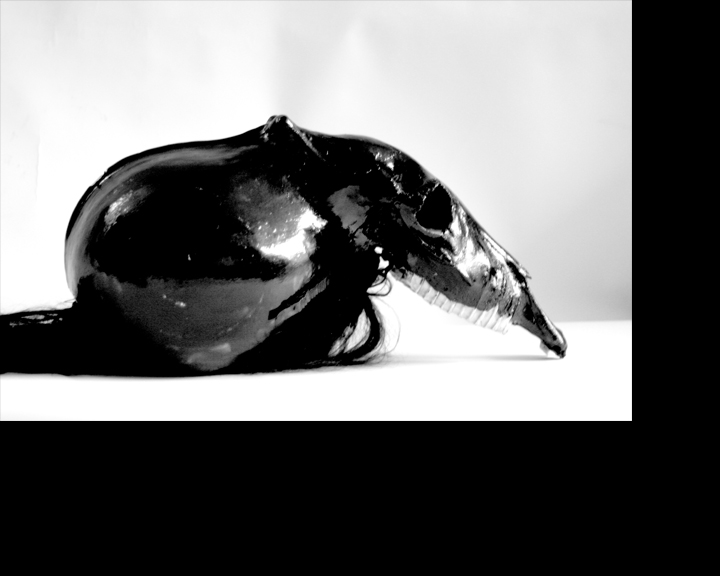 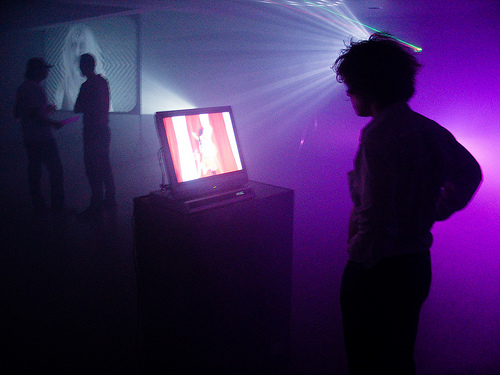 (the television stacks have always been a firm favourite of mine -love them!)

5. What are you currently collecting?

I’m not much of a collector.

6. What are you listening to at the moment?

And a bit of this;

And also some of this;

7. What would be your ideal collaborative project?

I love to collaborate with other artists and performers to make my video works. Each collaboration is fresh to me because I try to work with each person to amplify and condense their abilities and personas, often into a repetitive performative gesture quickly intercut with text in a strobe-like edit

8. Your favorite food to prepare/cook/eat?

9. Your favorite colour or combination of colours?

(i have personally witnessed adham in many a fabulous outfit in these menage of colours. iconic.) 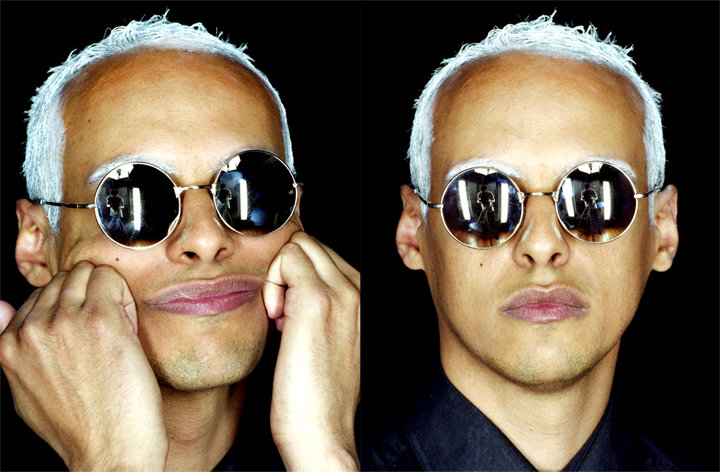 photos above by zoniel burton, ed barber and ellis scott.

10. Do you have a motto or manifesto that you live by

Live in the NOW. 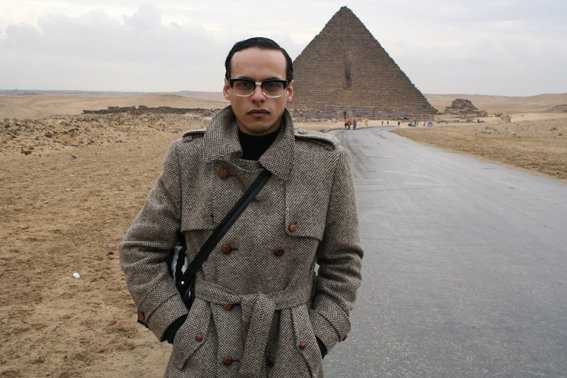 i love this quote from adham taken from an interview with rhian sanville on dazed digital…”I like to think of identity as fluid in that it is something you can choose. The idea that you can be between places and not belong to a specific point in culture is attractive.” you can read the full interview here.
last saturday i witnessed the dance spectacular fitness of LEGEND, DANCE IN THE SERVICE OF NARRATIVE,  as part of the LEGEND 11 exhibition at the aubin cinema – a presentation of clips downloaded from the internet alongside amber from the broken hearts and marawa the amazing – dance and performance legends themselves, we all agreed it was super-duper. make sure you make it to “The Legend of Micheal Jackson” on saturday 19th february at 4pm to listen to cultural theorist, alex williams unravel the pop phenomenon accompanied by a soundtrack and edit of videos by adham himself and not abel. to reserve complimentary tickets email info@aubingallery.com.