the southern sudanese government has mammoth plans for an urban redesign project like no other, in celebration of its anticipated independence next year. the government intends to reorganize and rebuild its 10 state capitals costing conservatively $10.1 billion. the money will fund the conversion of impoverished neighborhoods into zoned cities in the shapes of symbolically chosen animals and fruit – only in africa! wau will become a rhinoceros and  juba,a giraffe as seen in the photographs below. town planning at its peak? – possibly. generally im not so fond of a city that has been planned within an inch of its life – the structure and rigidity of streets and shared spaces without the natural ebb and flow of years and community growth give ill and dreary feeling and lack of possibility and personality –  canberra in australia being my prime example. however, the inject of government dollars into these impoverished areas could change people’s daily and basic living conditions and possibly turn their lives around….who knows? an interesting prospect from any perspective. animalia – it’s here. 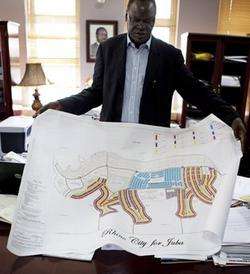 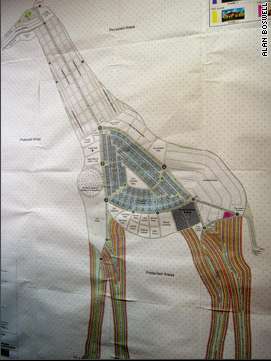